Barcelona‘s hopes of signing a successor to their departing goalkeeper Víctor Valdés and the teenager dubbed “the new Lionel Messi” – Dinamo Zagreb’s Alen Halilovic – have been hit after they had a year-long transfer ban imposed for breaching Fifa‘s rules on the transfer of players aged under 18.

The ban raises serious questions about the club’s immediate future, with Fifa applying the sanction against Barça for signing 10 minor players and committing “several other concurrent infringements”. They have been fined £305,000 and if the punishment stands they will not be able to sign players until the summer of 2015.

Barça will appeal against Fifa’s decision via the court of arbitration for sport, but the news comes as a blow for the Catalan club and is the latest in a string of recent embarrassments for the board. It casts doubt over moves already agreed for the £10m Borussia Mönchengladbach goalkeeper Marc-André ter Stegen and the 17-year-old Croat Halilovic, who turns 18 in June. Stegen was seen as the successor to Valdés, who is out for seven months with a knee injury and has said he is leaving the club in the summer.

Ter Stergen told the Kolner Express newspaper in Germany that he was still planning to leave Gladbach in the summer, but that he was uncertain of Barcelona’s situation.

“I have not heard anything about it and do not know what you want from me now,” he said. “I only know that at the end of this season I will leave Borussia Mönchengladbach.”

The Spanish champions have a number of promising South Korean youngsters on the books, including the highly rated Lee Seung-woo, plus many other under-18s from Cameroon. The players in question were registered and participated in competitions with the club between 2009 and 2013, while the Spanish Football Federation, RFEF, has also been sanctioned by Fifa for the same breaches.

Fifa said in a statement: “FC Barcelona has been found to be in breach of article 19 of the regulations in the case of 10 minor players and to have committed several other concurrent infringements in the context of other players.

“The disciplinary committee regarded the infringements as serious and decided to sanction the club with a transfer ban at both national and international level for two complete and consecutive transfer periods, together with a fine of 450,000 Swiss francs. Additionally, the club was granted a period of 90 days in which to regularise the situation of all minor players concerned.”

Fifa prohibits the international transfers of players under the age of 18, unless the two clubs involved are both within the European Union or the border being crossed is less than 50km from a player’s home, or the player’s parents move to the country in which the new club is located for reasons not linked to football.

The Fifa statement added: “The disciplinary committee emphasised that the protection of minors in the context of international transfers is an important social and legal issue that concerns all stakeholders in football.

“The committee highlighted that while international transfers might, in specific cases, be favourable to a young player’s sporting career, they are very likely to be contrary to the best interests of the player as a minor. 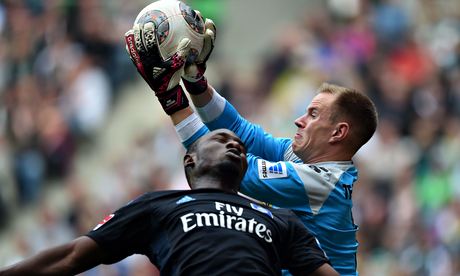 “Young football players are vulnerable to exploitation and abuse in a foreign country without the proper controls. This particular fact makes the protection of minors in football by the sport’s governing bodies, especially by Fifa, even more important.” The Spanish FA has been given one year in to “regularise their regulatory framework and existing system concerning the international transfer of minors in football”.Barcelona announced their intention to appeal, arguing that their academy, La Masia, has been held up as a model of good practice and they had not breached any civil law. “FCB creates people before they create athletes, a fact that has not been considered by Fifa, which has applied a penalty ignoring the educational function of our training programme,” they said.